Summer is in full swing in Japan and that means one thing for music fans: Fuji Rock Festival. This year the festival will take place between July 27 and 29. Although other popular music festivals do exist in Japan, nothing quite compares to Fuji Rock. After the festival moved in 1999 to its current location […]

This is the time of the year where Japan braces itself for the upcoming summer temperatures and for another reason too – matsuri (festivals)!! Japan is the home to a whole smorgasbord of festivals that take place throughout the Japanese archipelago, each possessing its own distinctive history and tradition. But it is during the summer […]

Move over Tokyo Tower, there’s a new, bigger brother dominating the capital’s skyline now. Welcome to the Tokyo Skytree. When it was officially opened to the public on May 22, the Tokyo Skytree became the world’s tallest broadcast tower. Its primary purpose is to broadcast clear television and radio signals without interference from skyscrapers.   […]

Watching a sumo tournament in Japan is like taking a trip back to medieval Japan. Any visit to Tokyo would not be complete without seeing this living, breathing art form. Here are some handy titbits of information that will help enhance your sumo experience. When you alight at Ryogoku, the station closest to the sumo […]

Japan Discovered Cherry Blossom  Tour Feedback from Tour Leader by Yuki Ito “We finished the April Japan Discovered tour a few weeks ago. Each participant had his/her own highlights of the tour, but the group was able to particularly enjoy 2 seasonal highlights — cherry blossoms and Takayama Spring Festival. We were blessed with the […]

Climb Japan’s most extraordinary mountain with expert mountaineers and English speaking guide!! The people of Japan think that Mt Fuji is a mountain that should be climbed at least once in a lifetime. It is not just a famous landscape but a symbol of Japan. Mt Fuji can be seen in many historical art works […]

The sense of order and patience shown by the hundreds of thousands turned into refugees by the tsunami has created abroad a profound respect and admiration for the Japanese people. It helps of course in the crowded circumstances of emergency accommodation that Japan is a crime-free society in daily life (though big crime there is […] 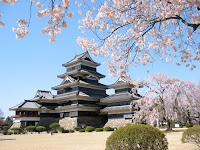 It’s getting closer and closer to the cherry blossom season in Japan. Not forgetting about last weeks horrific tsunami and constant reminder of the thousands of people who have lost their lives, it is up to us to keep reminding the world how beautiful a country Japan is and how dignified and elegant the Japanese […]

Although we realise people are concerned about traveling to Japan, we strongly recommend waiting a few more days until things have calmed down in the media and until Japanese Government and experts get the Fukushima Daiichi power plant under control. Already they have made huge progress. Remember, every hour is only one hour away from […]